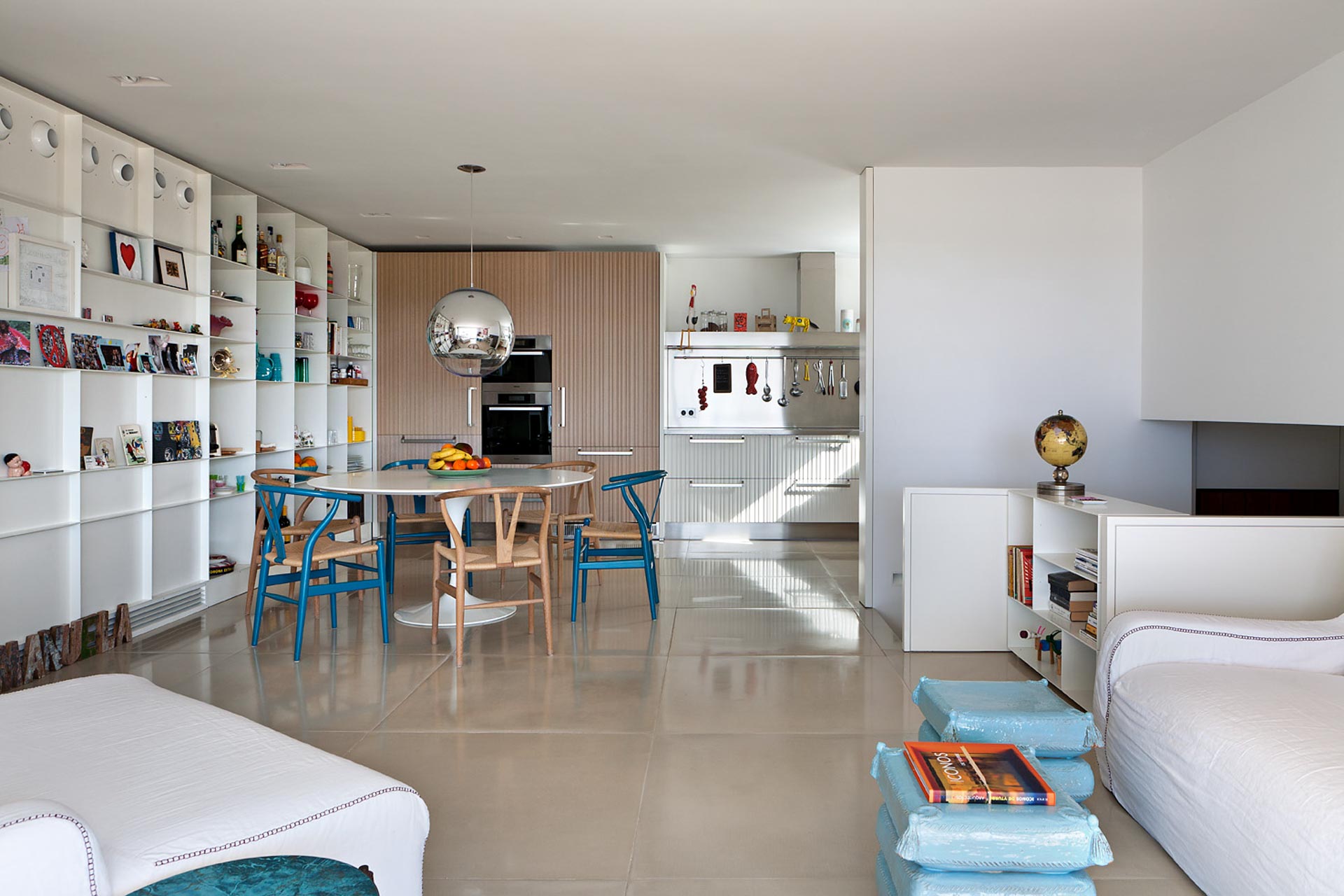 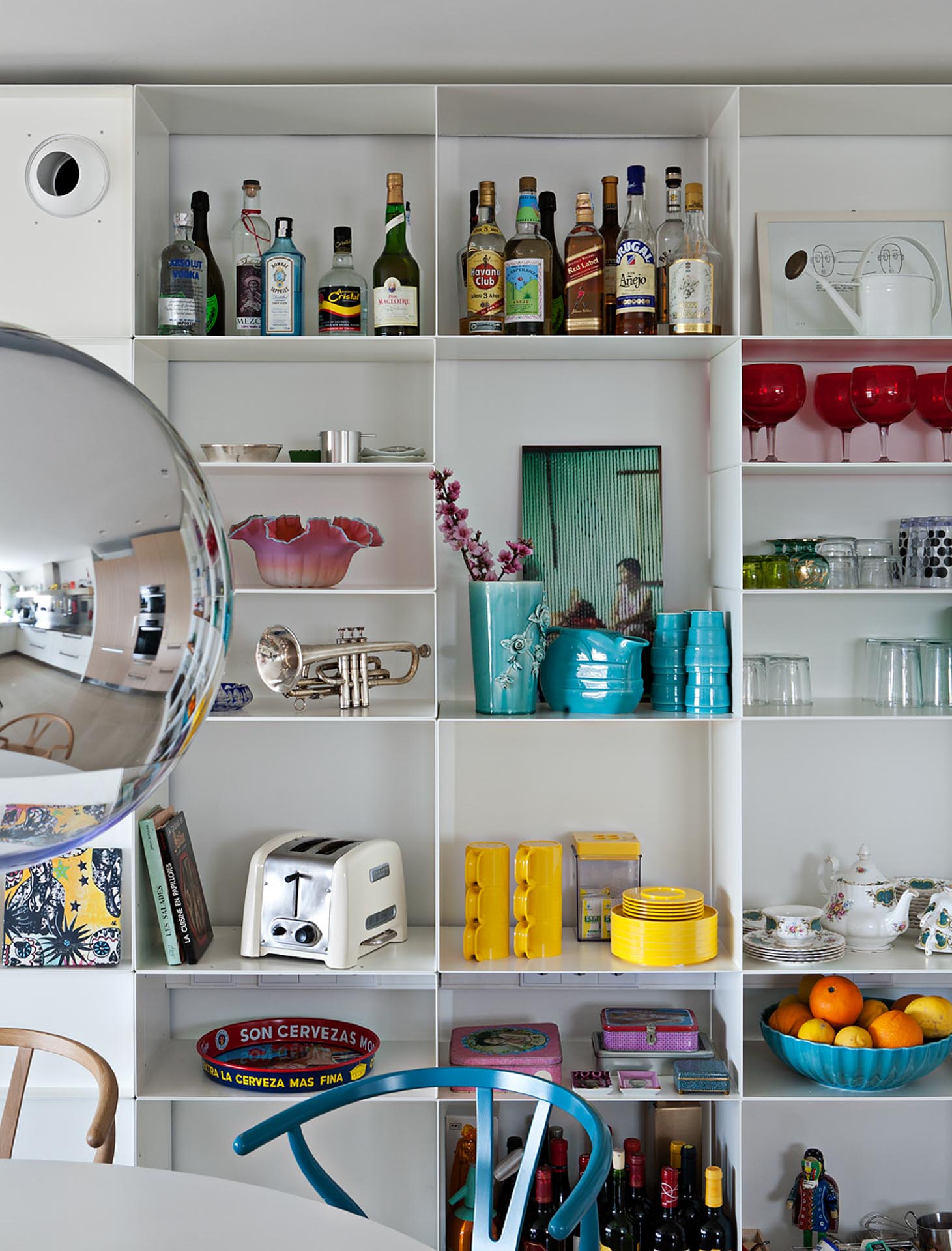 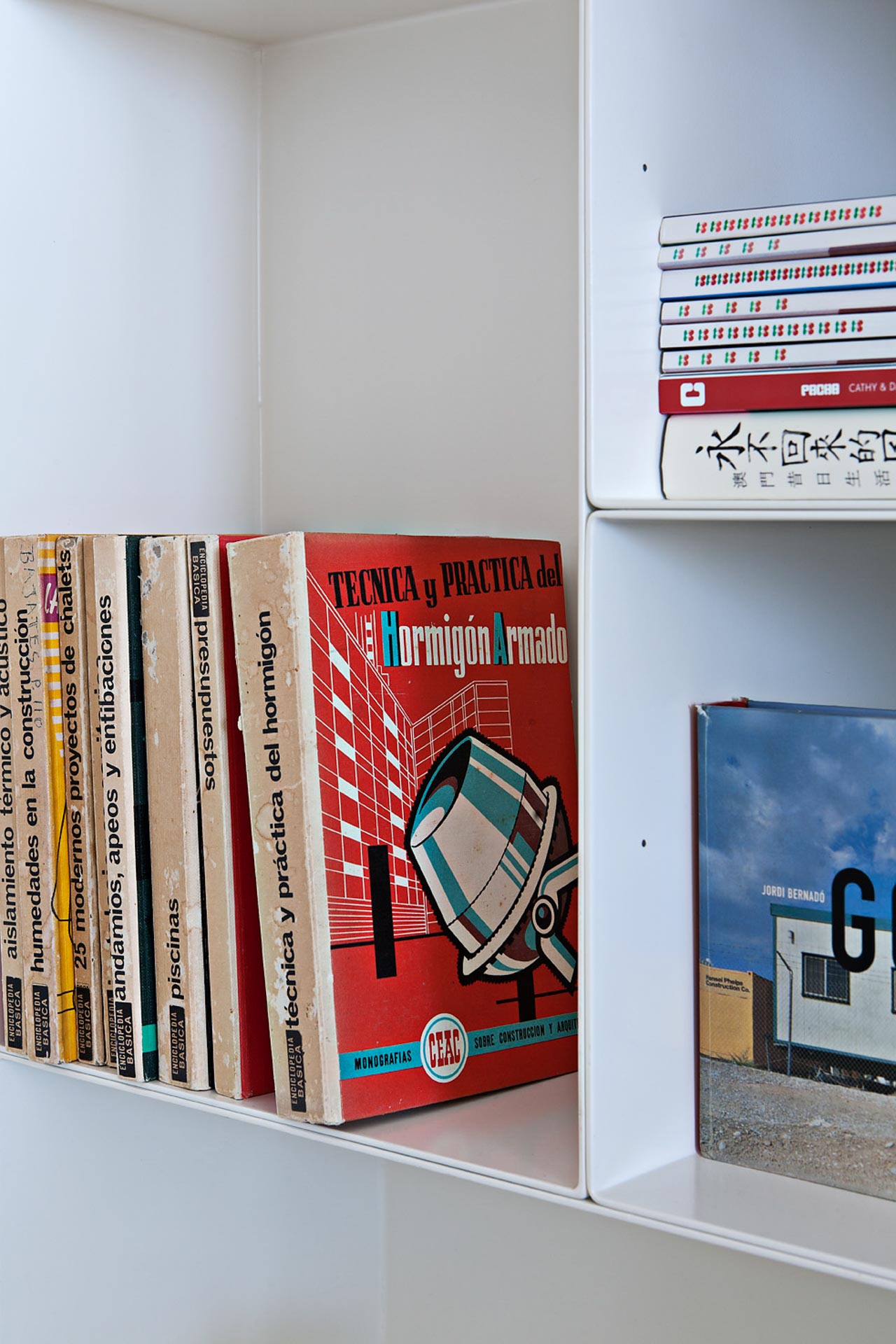 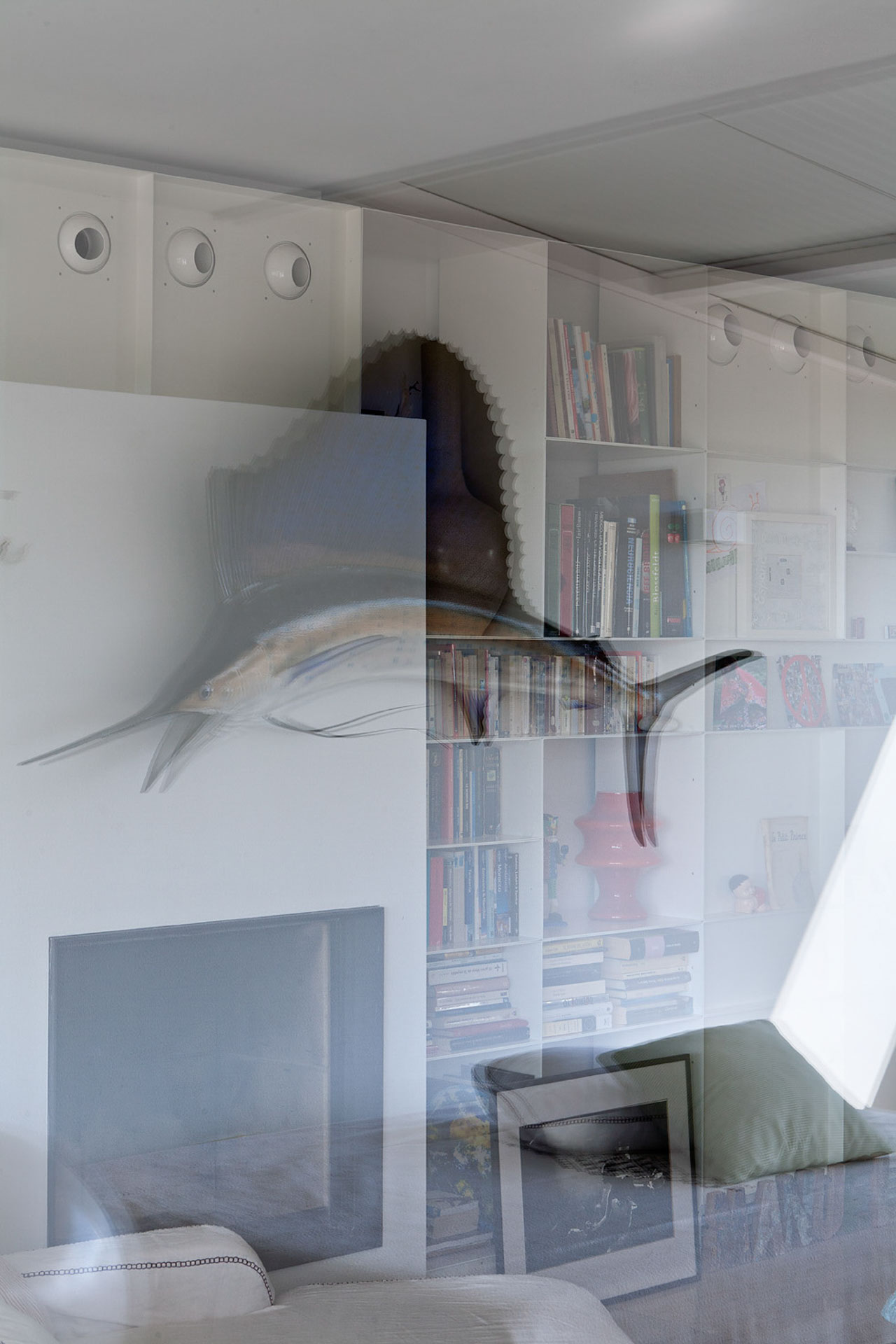 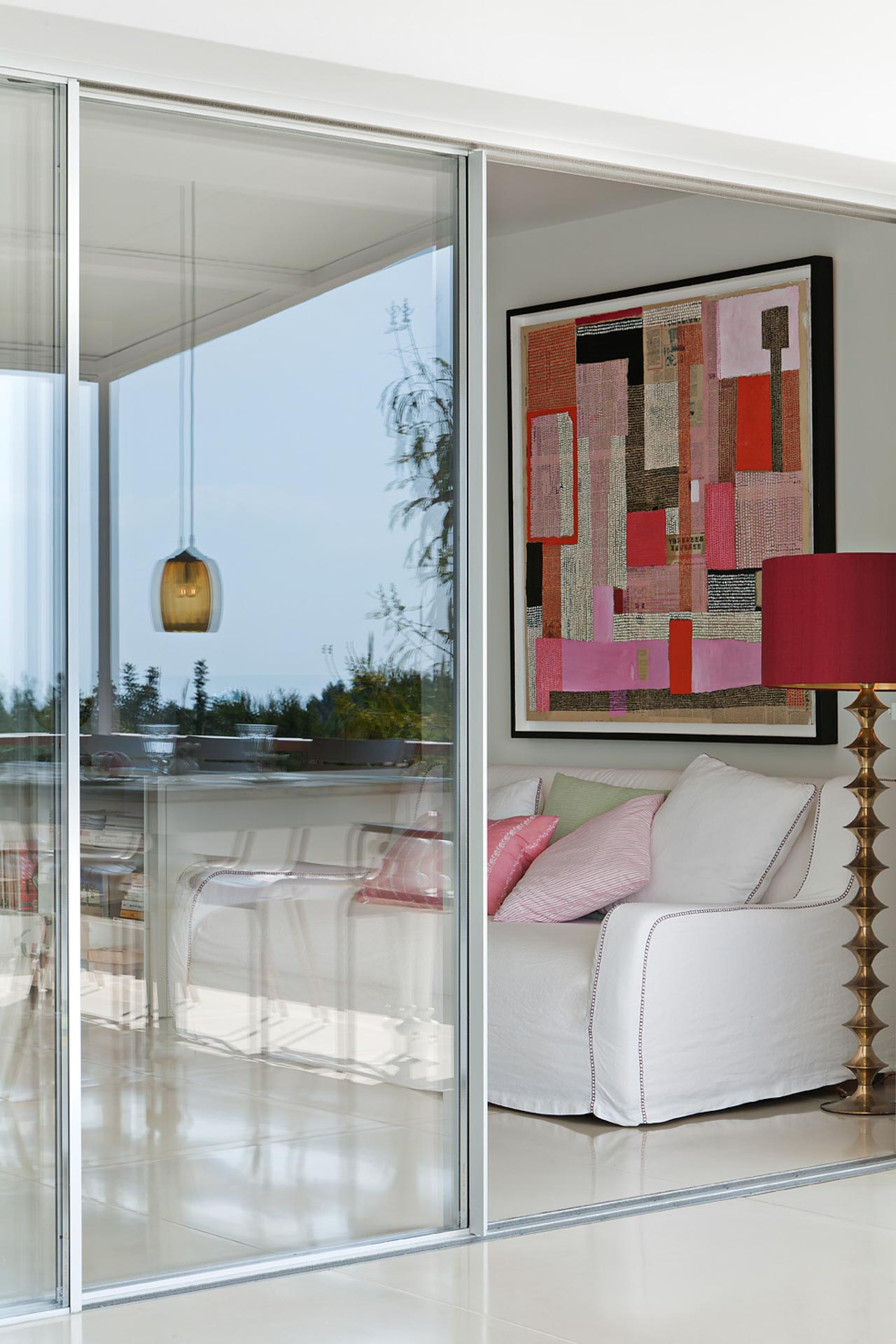 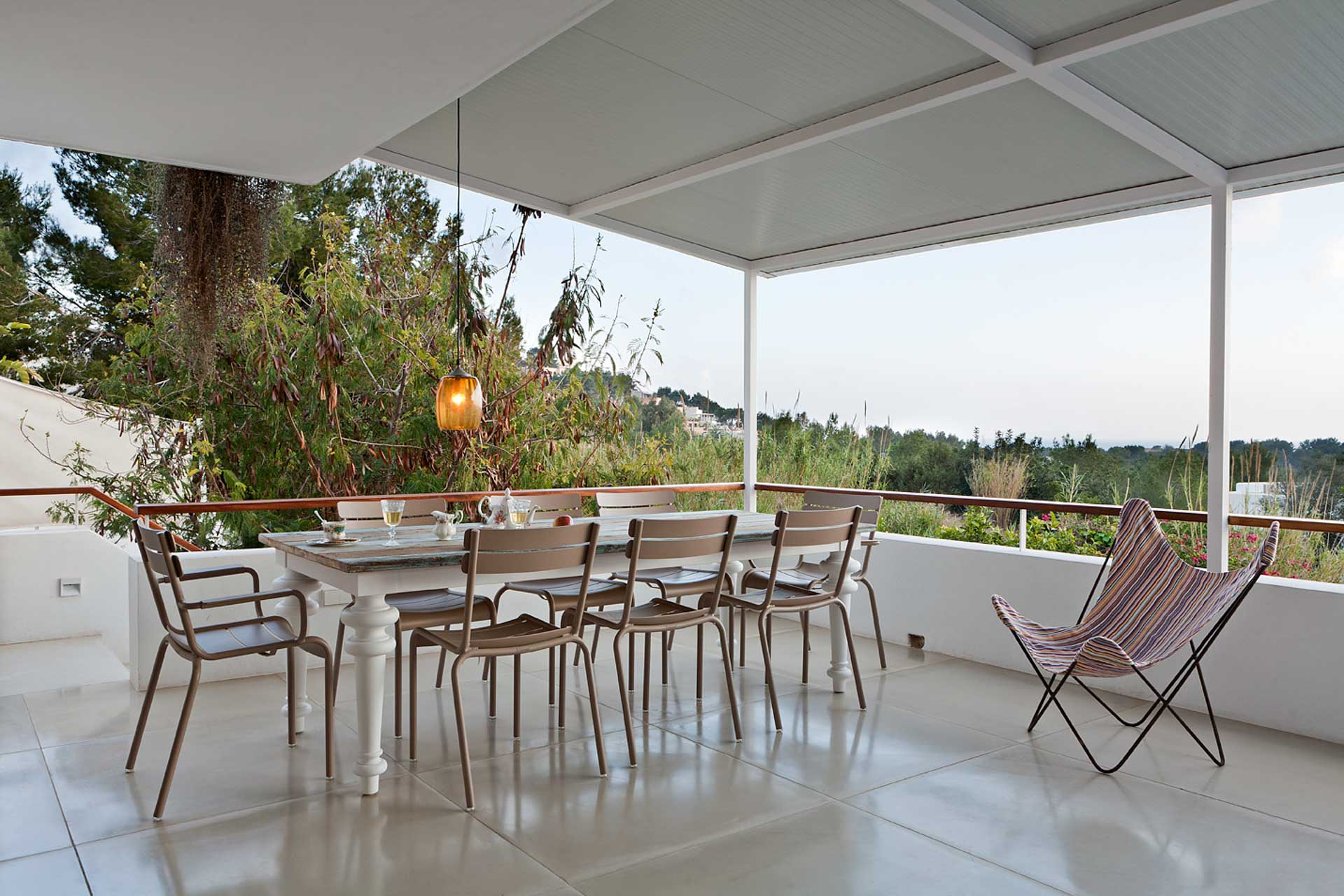 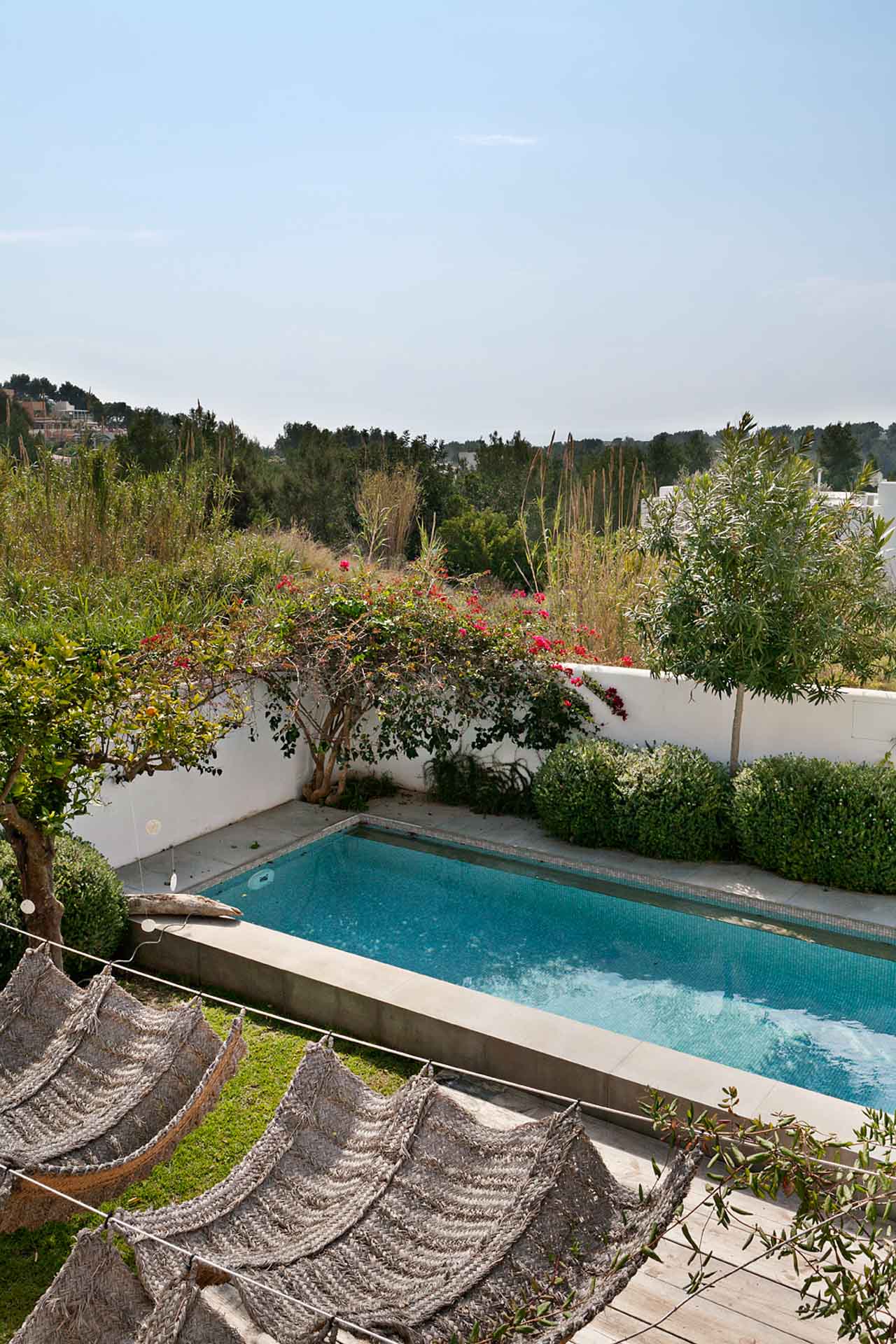 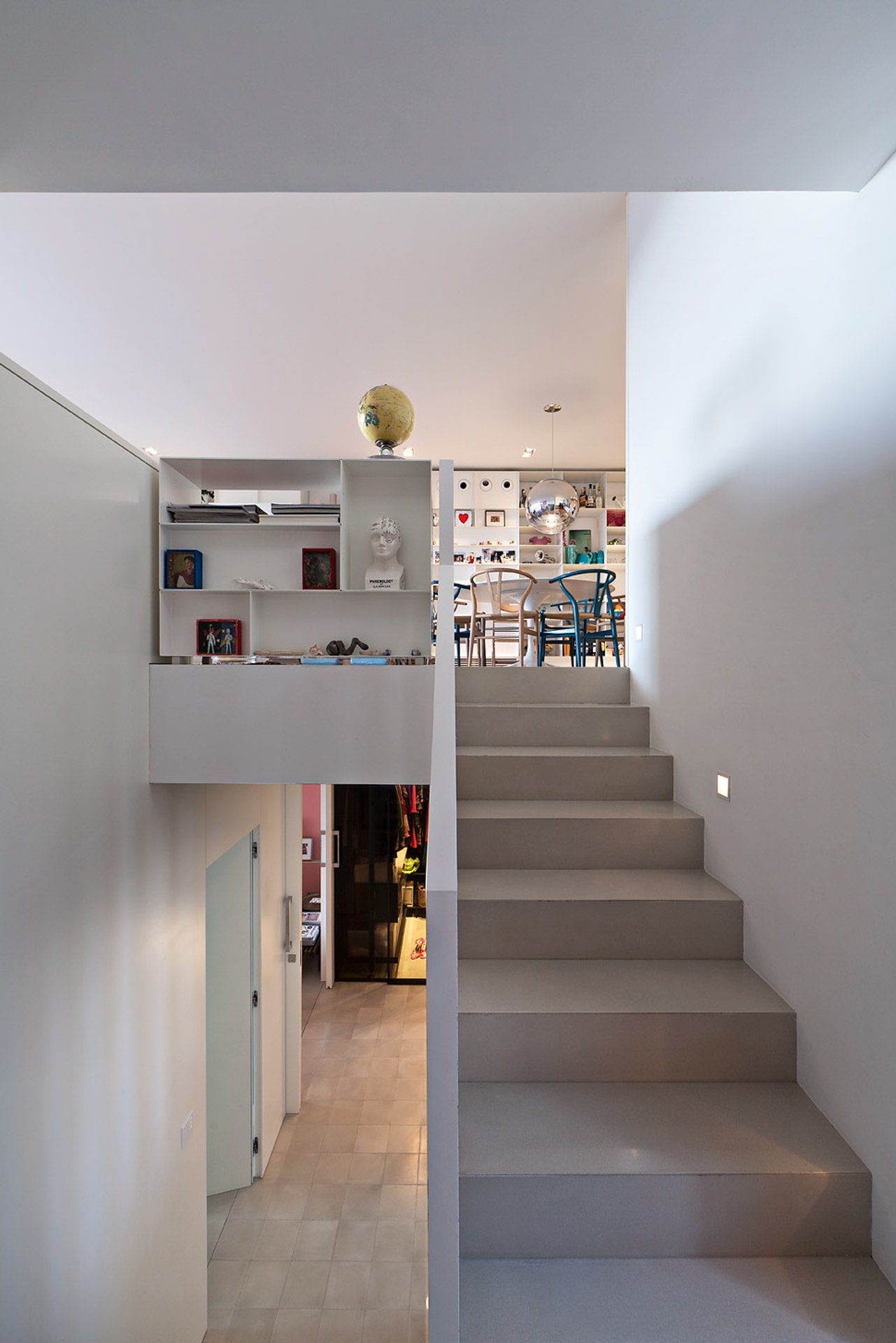 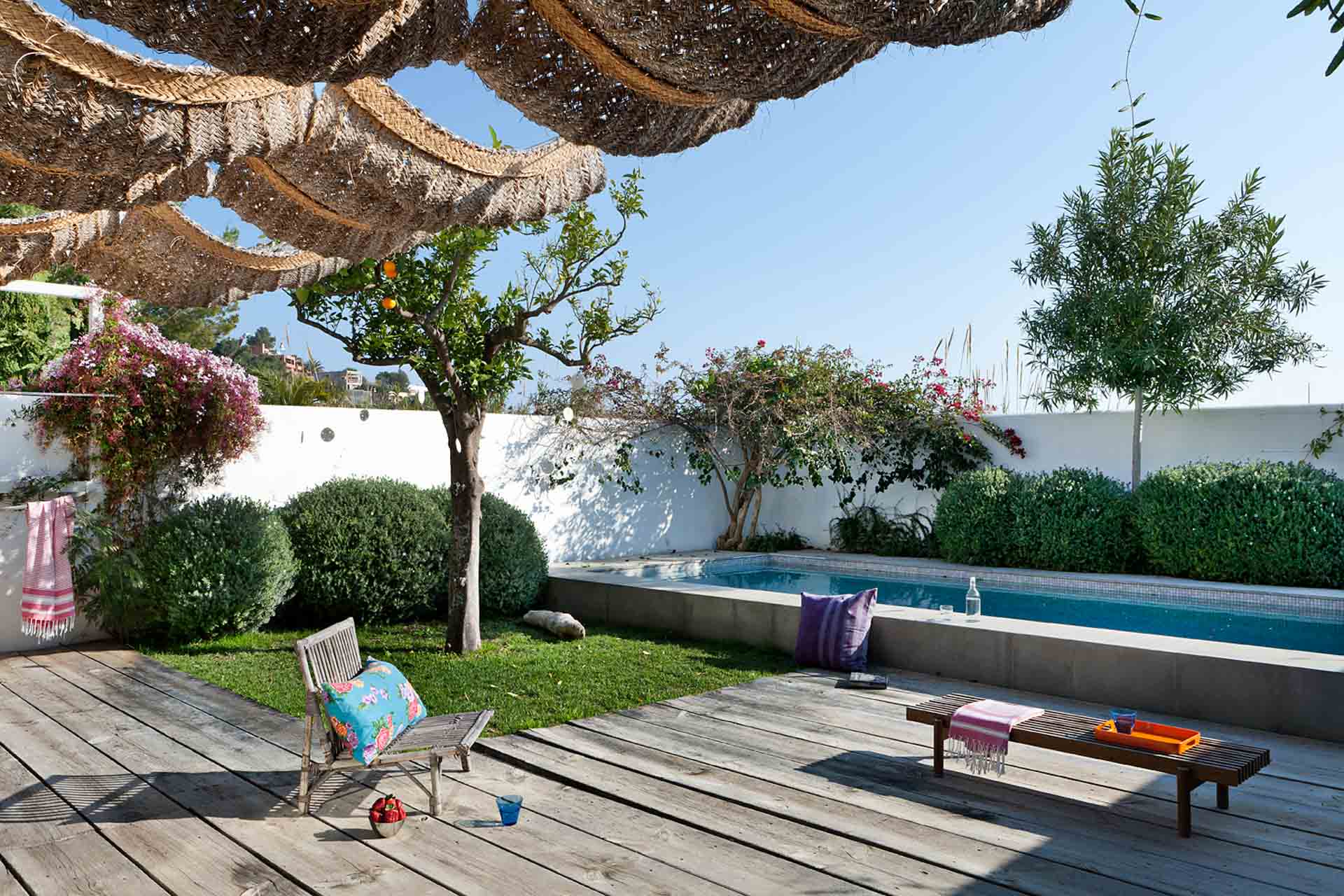 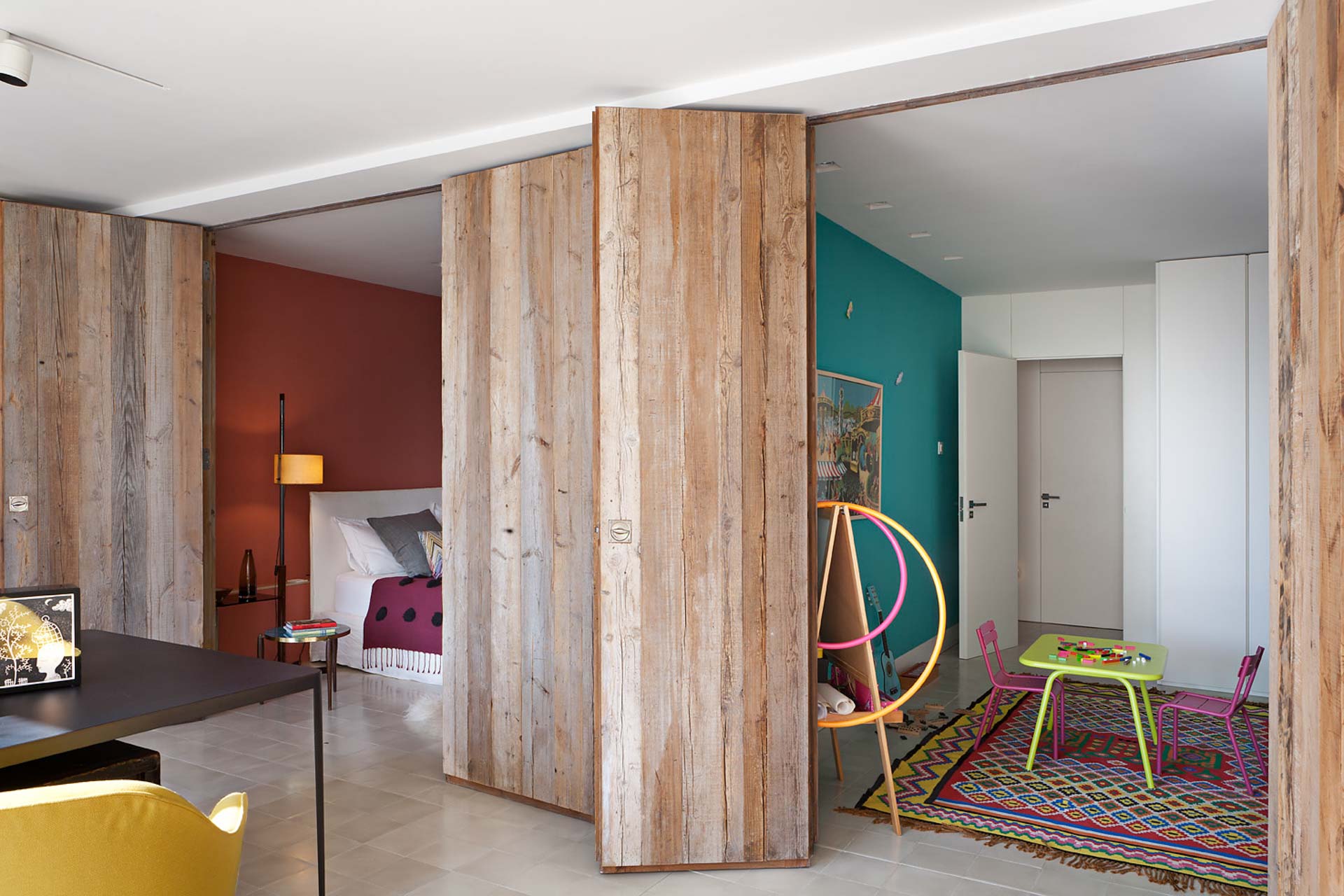 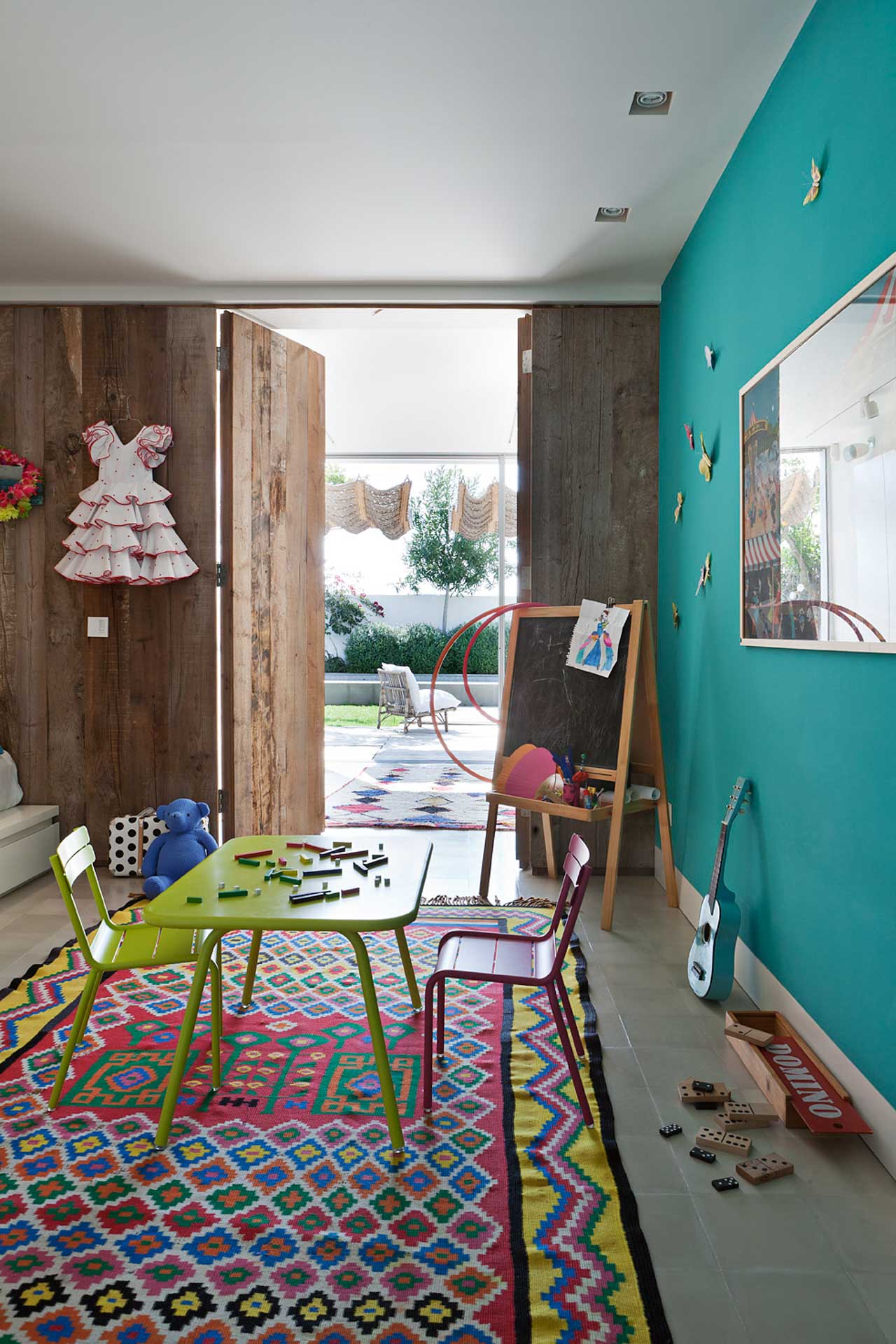 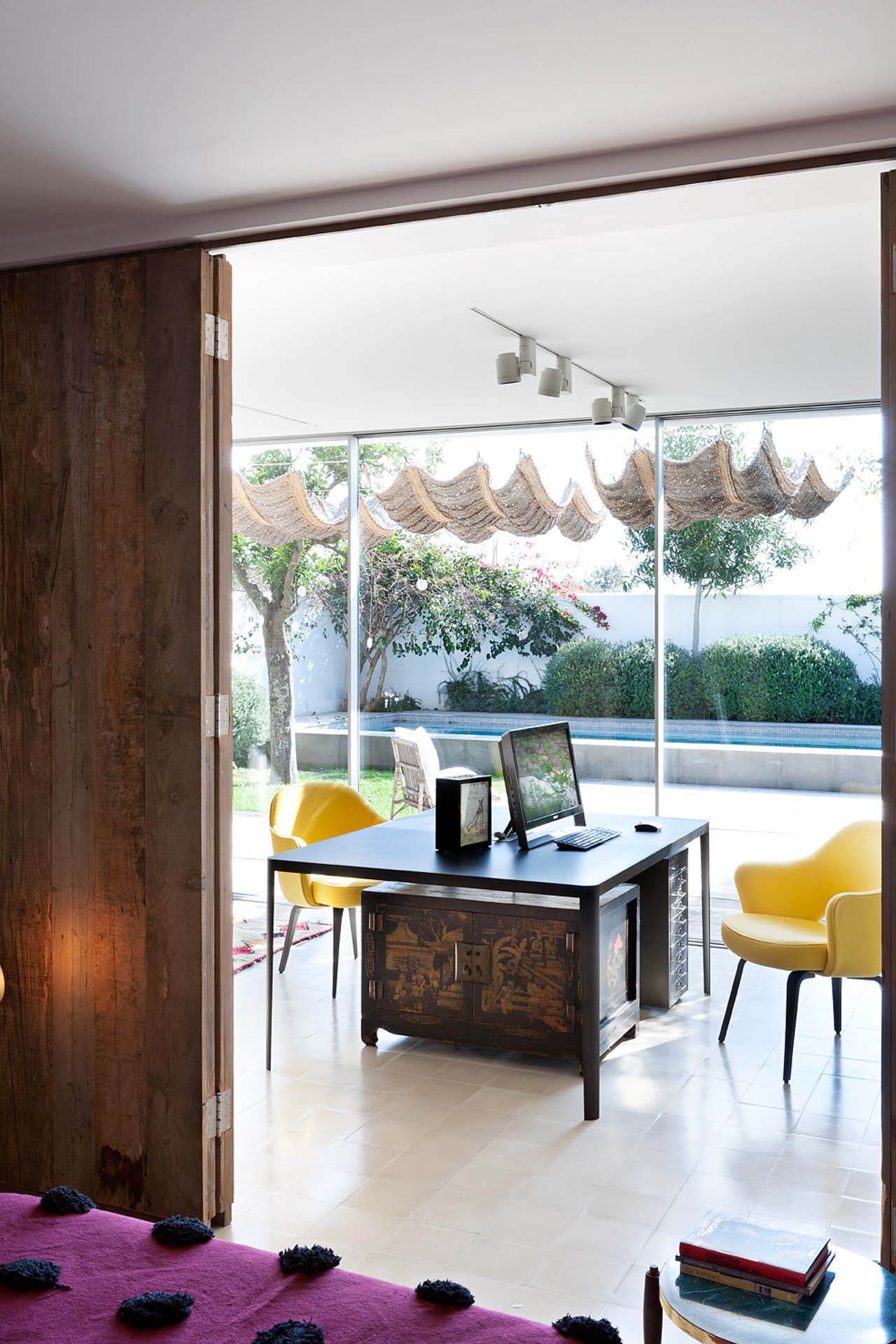 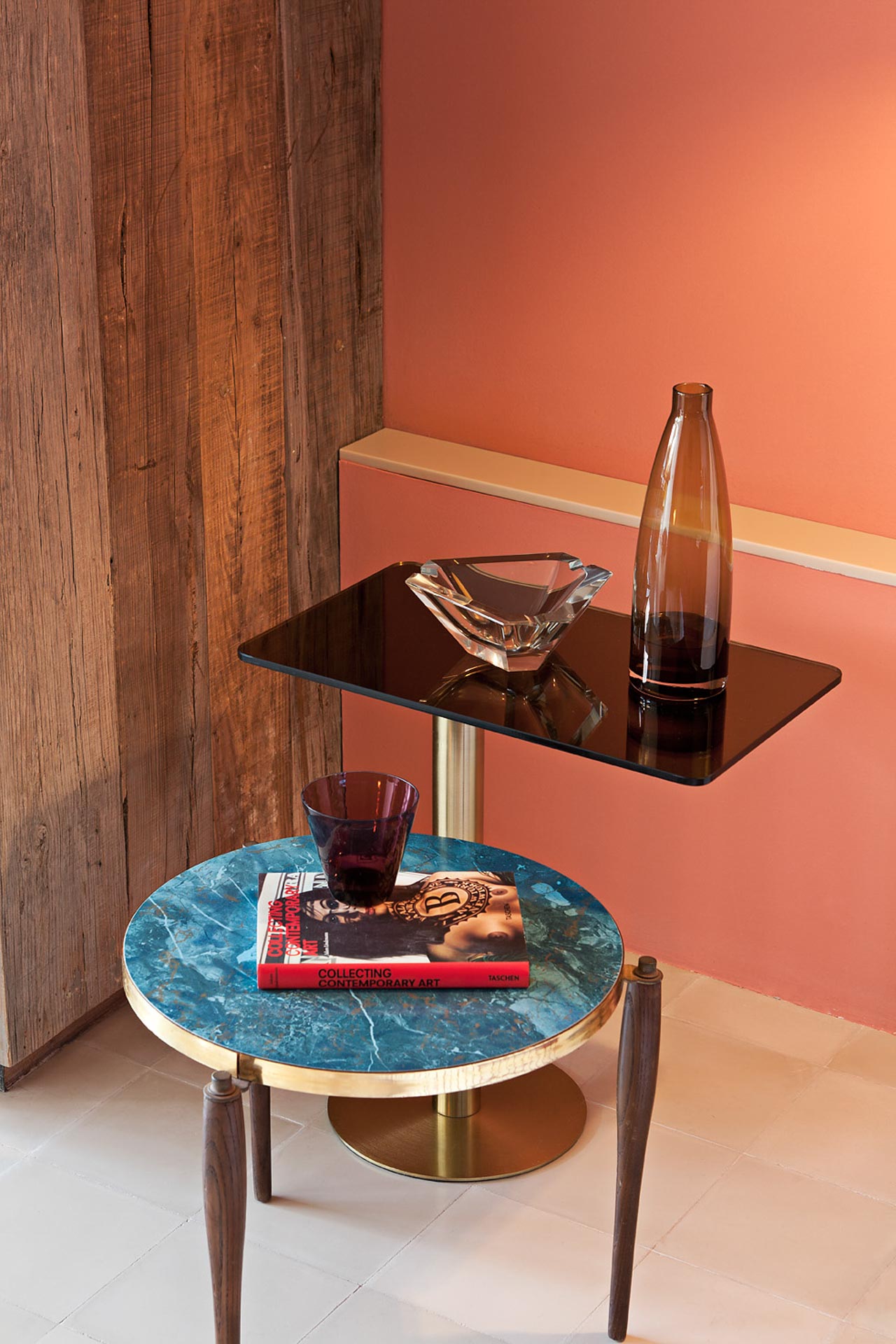 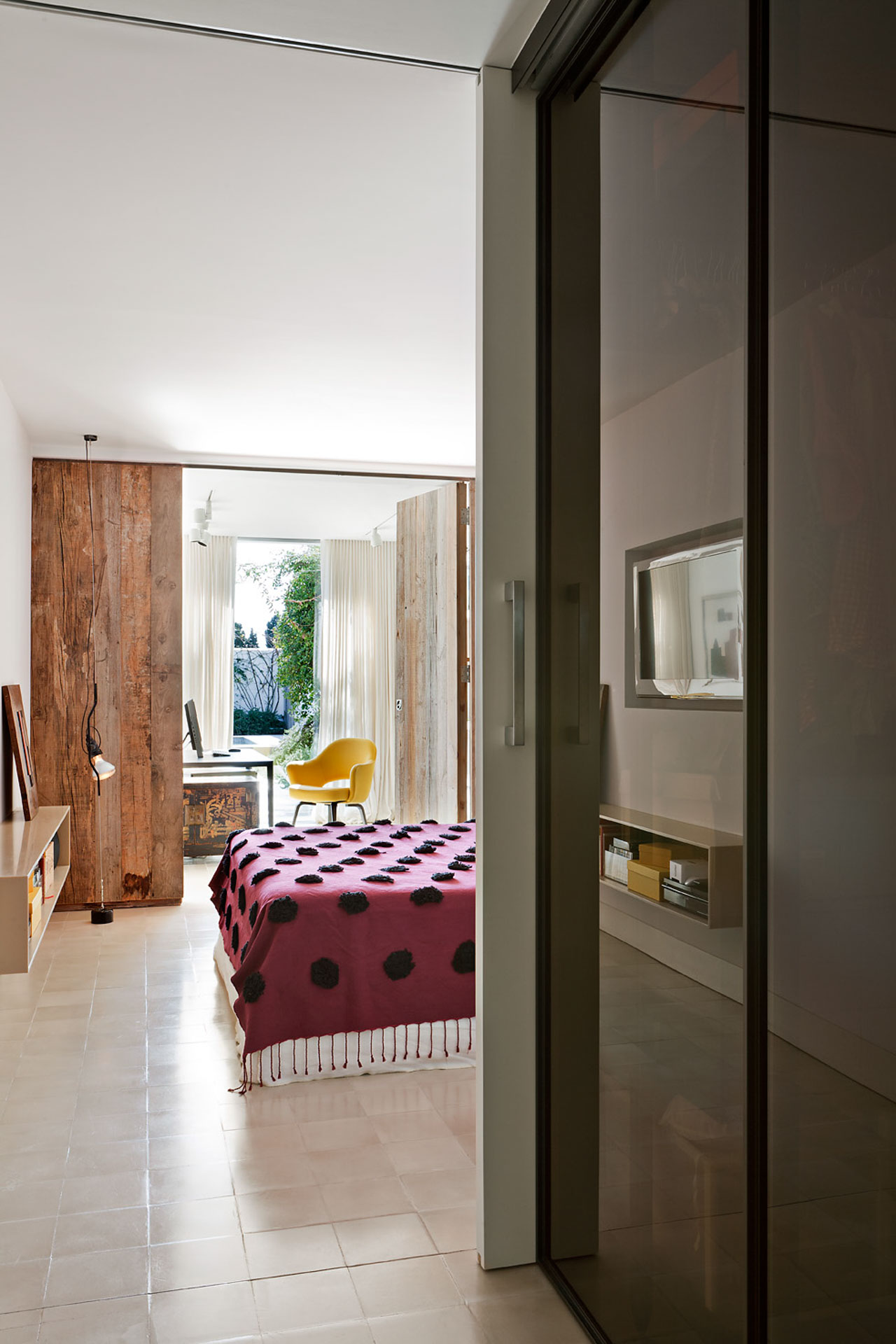 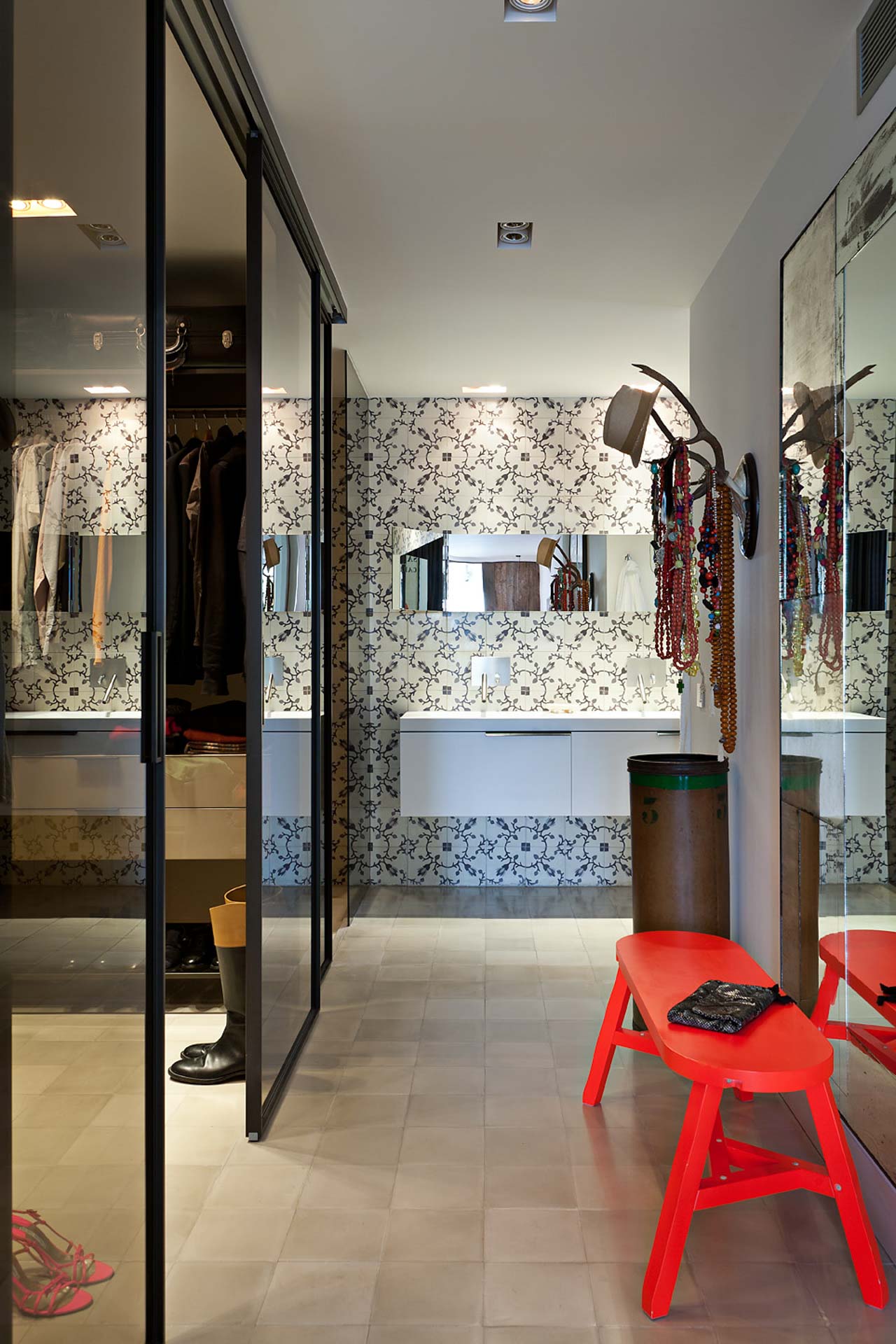 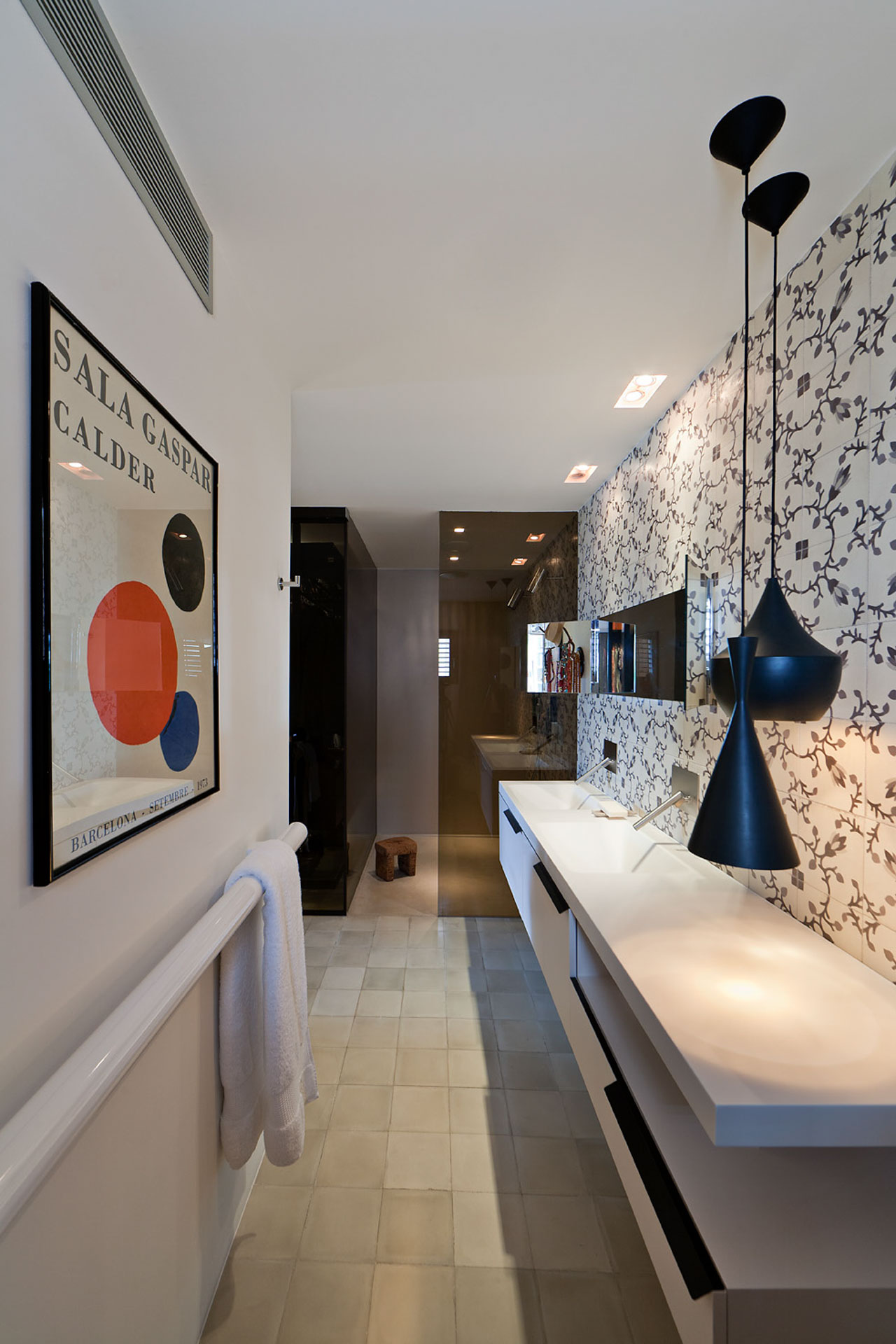 The urban area of Can Pep Simó was developed and designed by the architect Josep Lluís Sert in 1964 on the side of a hill overlooking Talamanca bay and Ibiza town.

This house, built at the beginning of the eighties and located within the Can Pep Simó neighbourhood was, above all, a re-distribution exercise. Before the refurbishment this was a typical townhouse with many divisions, rooms lacking natural light and porches that had no specific use.

The priority was to give maximum light exposition to the rooms and therefore we studied eight different distribution variations for the ground floor.

Through a closing of sliding panels made of recycled old wood, the porch of the ground floor became a gallery, which is opened in winter to make the most of the heat that accumulates during the day and closed in summer to isolate the house from the heat.

The distribution of the two rooms fronted by the gallery are determined through a series of sliding doors that allow the flow: the space can be lived as a loft or closed partially with direct access to the garden in order to keep the privacy of the contiguous space.

Traditional materials have been used in the interior design, including hydraulic cement tiles, which are present in most of the Spanish houses around the fifties. In the social area of the living room/dinning room/ kitchen we opted for the big tiles in order to grant a more contemporary vibe, and small 20x20xm tiles in the bedrooms. More traditional motives have been used on the wall of the main bathroom to give more warmth to the area.

Esparto is another material traditional of the Balearic islands, which has been used in the awnings by the swimming pool, breaking with the austerity of the whitewashed walls and creating a cosy setting with a decking made of broad wooden slabs.

The lacquered iron bookshelf, made to measure locally, expands throughout the whole social area integrating the fireplace and the air conditioning vents. It holds family photos, old children’s books and a plethora of objects found in the colourful markets around the island.